Creating an outdoor mural three stories tall is no simple task...read the details

ART MAKES AN IMPRESSION—IS YOURS FAVORABLE?

Did you know that there are twice the number of visitors each year to American museums than there are to all major league sporting events and theme parks combined? Though we can’t always explain exactly why, art makes an impact on people.

Art is integral to living, working and healing environments. Studies show that art affects people and their sense of well-being. It can even aid in healing those who are ill. Having the right artwork in your building can reduce staff stress, support employees in being more engaged, and contribute to the well-being of all who use your building...Read more here 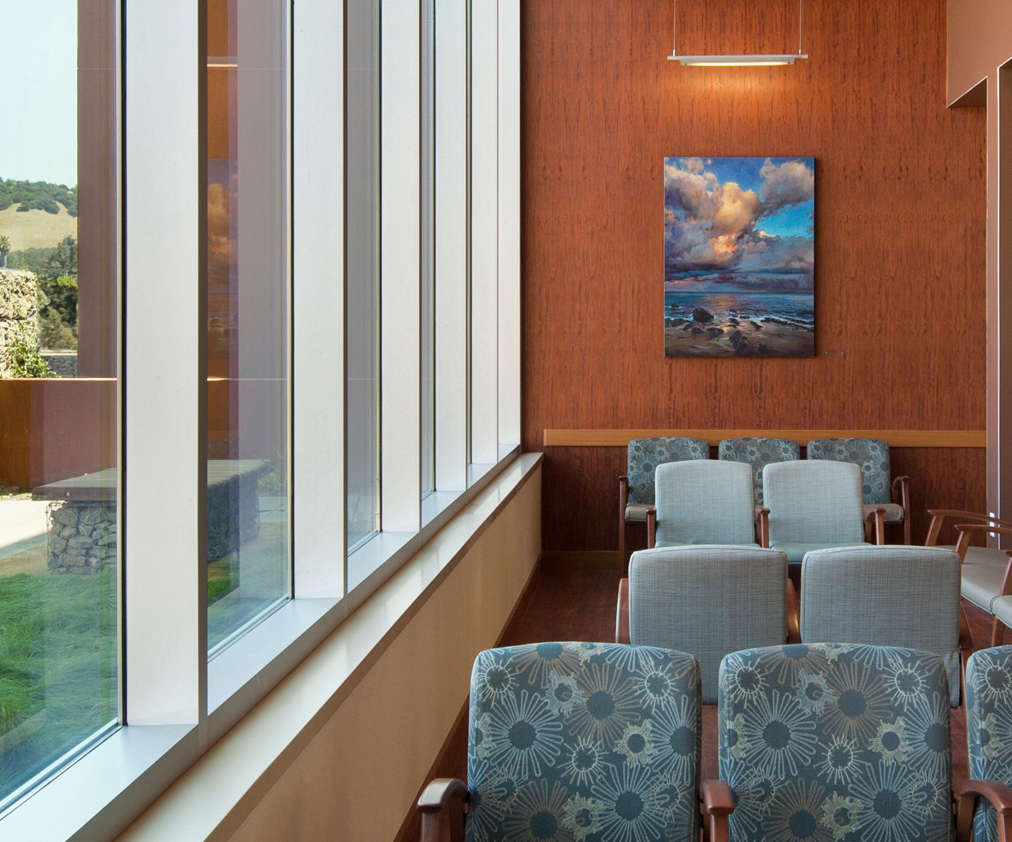 The design challenge of this project was to honor the history of the facility as a teaching hospital and preserve the sense of a beloved community hospital as well as the commitment of its physicians, teachers and staff, while easing the transition to a new large regional hospital. Nancy Witherell Art solved this challenge with a mural commissioned from a local artist representing the history of the facility and sourcing art from twenty-nine local artists representing eight cities served by the facility.

This design challenge included sourcing and installing art in a comprehensive behavioral health center serving both children and adults, eating disorders, and those with chemical dependency, while creating an integrated art theme that is inviting and fosters a safe environment. Art needed to be sourced with sensitivity to patient needs—avoiding vineyard images in drug abuse rooms and images of edibles in eating disorder rooms, and finding art that was attractive to both children and adults. 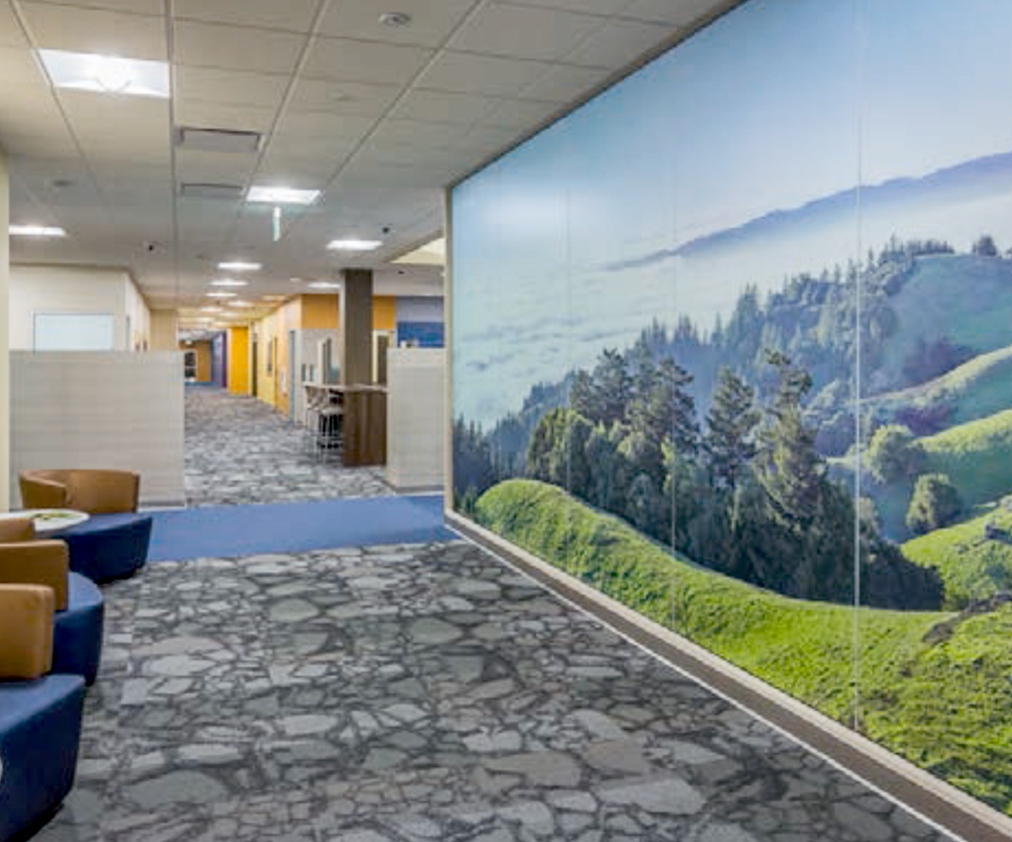 NWA in the Spirit of Giving

In October 2017, the fires that devastated Santa Rosa spared the hospital but not the Shea House. Gone was the family oasis. Gone was the donors’ quilt that hung on the wall in the living room, along with all the other priceless art so carefully chosen only two years before.  While the Shea House burned, the hospital itself was not. Doctors and staff worked through those long nights providing much needed care to the patients. They remained even while their homes burned, and their own families evacuated.

The loss was so much more than physical. Hearts were broken, but the spirit that created Shea House was not. Rebuilding efforts were started as soon as the fires were quenched and the debris was cleared. In the weeks after the fires, the community mobilized to help in any way possible . . .Read on here

“Nancy Witherell’s passion and compassion for women’s imaging has truly been represented throughout our new center. On a daily basis I get many compliments on our choices of art. It makes me very proud to be part of the design and outcome of the center mostly due to the finishing touches of the art Nancy created. I will seek her expertise and vision in any future build projects for Sutter.”

“Nancy simplifies the complex process of providing an art program and has helped me transform a local artist gallery into a gorgeous art program for Howard Memorial Hospital. Nancy guided me through the steps of budget, timeframe, selection, art framing, placement, presentations, and negotiations with artists. She possesses a keen eye for detail and quality control and is up to date on the latest art/framing choices and does it all with a professional and easy manner. She is a pleasure to work with!”

“Nancy is a passionate, creative, collaborative listener who strives to meet goals through art. Sutter hired Nancy to help us bring local healing art to our new state-of-the-art hospital, Sutter Santa Rosa  Regional Hospital. We are so very fortunate to marry the science and art of healing in one location for our patients, employees and physicians and as a result of our work with Nancy we are achieving so much more in art than we had ever dreamed.”

WONDER IF ART CAN HELP YOUR BUILDING?

We're happy to spend a few minutes discussing your needs and see if we can build a custom art program that helps your building meet the needs of your staff, clients and community. Contact us here and let's see how we can support you.